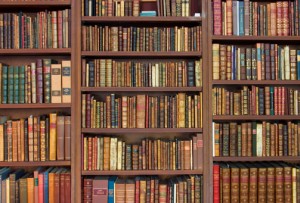 Work in Progress: States of Emergency in Shakespeare’s England

Seemingly endless declarations of emergency and natural disaster make exceptional states all too familiar. Perhaps this should come as no surprise: etymologically, at least, “dis-astro” means ill starred. This origin might seem to cast disaster is an inescapable, extra-terrestrial threat, beyond our human power to contain it. But are disasters really natural? Are emergencies inevitable? These questions, which feel acute in the twenty-first century, have had a long reach. From the moment of the word’s appearance in English, “disaster” provoked a skeptical undercurrent, a sense that disasters are not, in fact, beyond human control.

Questions about disasters and discretionary power were particularly pressing ones in Shakespeare’s lifetime, a period that witnessed plague, terrorism, natural disaster, food shortage, and riot. The 1603 plague epidemic, the 1605 Gunpowder plot, 1606 storms and grain riots, and the 1607 Midland revolt compressed a series of emergencies in a short span, and Shakespeare explores these events in plays from this period. States of Emergency in Shakespeare’s England will offer the first study of these disasters in order to illuminate what’s at stake in early modern, and indeed modern, portraits of emergency.

This special issue contributes to the humanistic turn in addiction studies. Shifting away from medicalization of addiction, contributors argue instead that even as addiction is at the forefront of current global conversations on biopolitics, its history is only beginning to be uncovered. By reassessing what counts as addiction and where we might find it, the authors present new approaches to the concept that addiction can be an expression of devotion (as its Latin etymology suggests), can provide authorial inspiration, or can be defined by legal bias and institutional structures, a phenomenon largely devised to exclude or target racialized groups (as with imperial and colonial attitudes toward drug use).

In the sixteenth century, the word “addiction” designated, according to the Oxford English Dictionary, “an inclination” or “a devotion.” By the eighteenth century, the word takes on its modern signification: “the compulsion and need to continue taking a drug,” a usage that first appears in 1779 in the work of Samuel Johnson. In accounting for these contradictory but related understandings of addiction as devotion or compulsion, this book project offers three insights. First, it uncovers an early modern understanding of addiction to alcohol, evident in medical, theological and literary texts, at least a century earlier than medical historians and lexicographers have posited. Second, and more surprisingly, this project illuminates a previously-buried conception of addiction as a form of devotion at once laudable, difficult, extraordinary, and even heroic. Surveying the sixteenth century invocations of addiction reveals that one might be addicted to study, friendship, love, or God. Finally, this project illuminates how authors, especially the playwrights Marlowe and Shakespeare, embed their own views of inspiration and creation within their interrogations of addiction, as both a form of speech and as a mode of devotion or compulsion: the authors under investigation in this project directly relate the experience of being overwhelmed by an immaterial or increasingly material form of devotion to the experience of the theatre.

Shakespeare’s King Richard III presents a masterful study in the language of deception and manipulation in the character of Richard who lies, persuades and kills on his path to the throne. This study guide provides insight into the rhetoric of key speeches and pays specific attention to the changing perceptions of Richard III in history and art. The final section focuses on giving students the necessary tools and skills needed for writing effective and comprehensive essays.